The problem with being successful is that there are always those who try to ride your wave of success by trying to confuse those who may not know how to identify original from copy-cat. The words, Super Soaker, has become engrained into the English language as term denoting powerful water blasters. Super Soakers are undoubtedly the most successful line of water blasters ever to hit the market. However, because of this, many smaller companies while vying to make a dollar or two often imitate or emulate various Super Soaker-style designs and push out blasters that, at first glance, could be mistaken for the real thing. If this were not bad enough, the imitation blasters are often of very poor quality and performance, potentially tarnishing the credibility of the Super Soaker line for those who mistakenly believe they are getting the real deal.

The pictures below are images from various places on the web that show imitation soakers. Many of these images were found on eBay (buyer beware). This is far from an exhaustive listing and more will be added as they are found.

Note: Special thanks to Stefan D. for finding some of the images below. 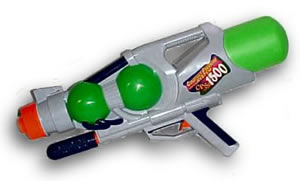 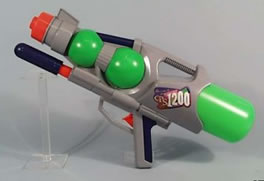 CPS1500 imitations - These ones do NOT use CPS technology. 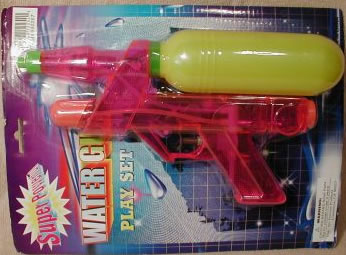 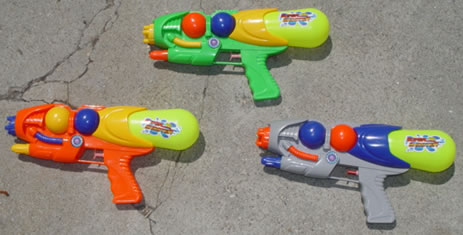 These look like mutated XP310s, but the gauges appear to be only stickers and the trigger is also likely the pump. 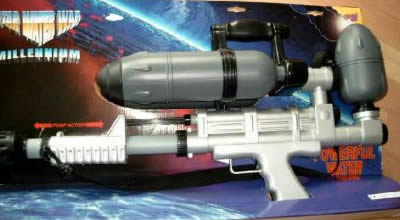 This one appears based on the SS200 design. 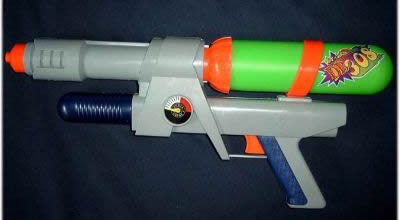 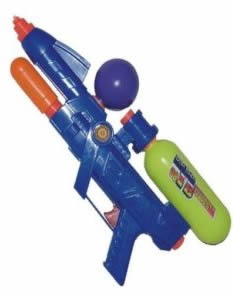