So, we had our friends over. One's a couple months older then me, and the other's my little brother's age. After playing other stuff for a couple hours, we had a Soakfest.

For some reason, they decided on everyone against me. Here's the weapons list. (Note: They traded guns a lot.)

It started out as a pretty normal fight, like the ones I have with my brothers. Then, they ran around to the front porch. I went around the other side and blasted the heck out of them. Then I ran up a steep little hill, and they attacked me. I mean, I had the high ground, and they still attacked me. I have a lot more experience then them. Come to think of it, I'm a better fighter too.

Eventually, they ran down to the big ditch at the bottom corner of our yard. I'm bad at explaining the layout of our yard, but I'm including a picture or two. 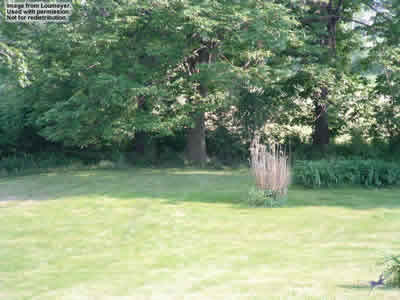 Yes, there is a ditch, even though you can't see it. It's behint the tree. It's about 3 feet deep, 2 and a half wide, and runs the whole length of that side of the yard. But, that's the only place you can get into it. Right by the road. 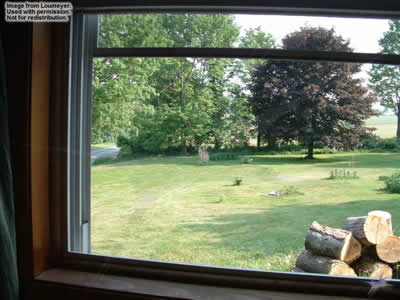 I hooked up the Aquapack to my FF, and took the ditch from them. Unfortunately, I ran out of water, so they took it right back.

So, I went back up and reloaded, and went back down, shot at them a few times, and then broke my Flash Flood.

Okay, so now I'm mad. I went back again, got my Sneak Attack (a pretty decent small gun, by the way), hooked that up to my Aquapack, went down, blasted the crap out of them, and ran out of water again.

Now I'm at the point where shots don't affect me at all. I reloaded, went back down, and walked right past them. After blasting each other at point-blank range for another 10 minutes, they kicked me out, and we all quit.

And all I learned was that being shot with a Gremlin in the back of the neck from 2 feet away really stings.