This tactic is a spin off of the WWI Schleiffen Plan

In WWI, this was a plan formulated by Germans to quickly remove France from the war, because Germany was fighting on 2 fronts. They would quickly eliminate France and then turn their firepower on Russia. This FAILED. Why? Germany's plan involved going through Belgium, a neutral country that had trade ties with GB. Belgium reported the invasion, and Britain intercepted some of the flanking forces.

Needed for this to work:

4-8 people equipped with moderately powered water guns, ranging from CPS 1000s to anywhere near MD6K in range (FFs work too)
An enemy

Separate into 4 squads of 2, or 1 if need be.
2 people draw the enemy's attention, while 6 sneak off to one side, to flank the opponent.
2 more separate from the group at about 1/4 of the way, distracting the enemy yet again, and starting to close in the opponent, 4 continue
2 more separate from this group, starting to close in the enemy, about 1/2 of the way around the enemy, closing in their retreat.
Final squad continues until about 180 degrees from second squad, and closes off all the escape routes.

This might work in CTF, as you could take the enemy hostage to show you where the flag is, or they join your team.
THIS WILL NOT WORK IN 1HK, because the first squad could hit a fist sized splash on the opponent.
If 1HK lives is the situation, this will work perfectly, systematically eliminating your opponent's lives.
It would work in a park or forest, where visibility is lessened by obstacles.

Congratulations! You have successfully made a successful version of the Schleiffen Plan in your own water wars!

Here are diagrams of how this should work: 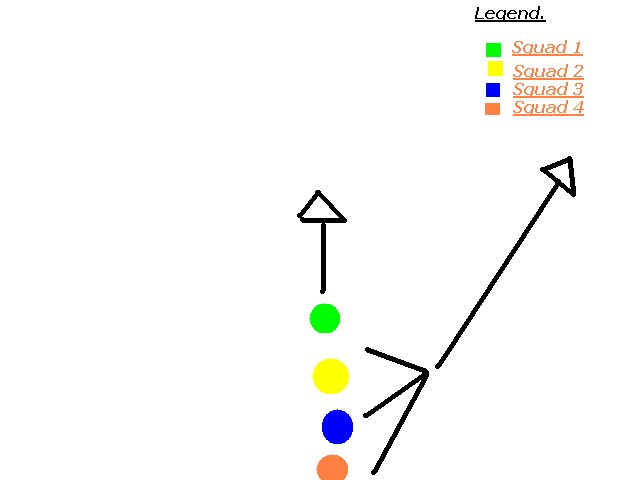 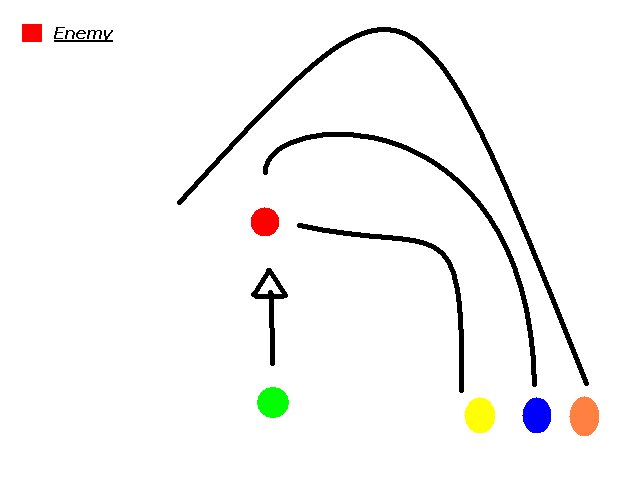 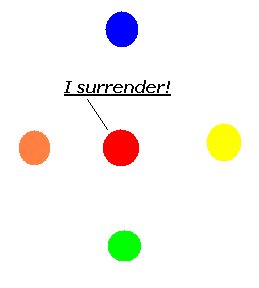